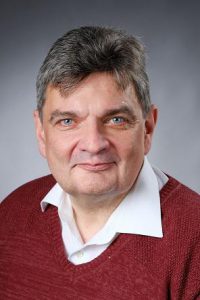 Frank Zippel is the owner of the company aviationIT-FZ which he founded in 1978, at that time still under the name FZHS GmbH.

He started his professional career in 1975 with a dual training as a data processing clerk. This was followed by a degree in electrical engineering. After completing his studies he quickly took on a number of management projects, first in medical technology and then very quickly in the airline / airport sector.

Here he carried out many pioneering projects in passenger and aircraft handling, hardware and software implementation and many special projects. Structural work on very complex data exchange systems in the airline and airport sector is part of his work.

The corresponding software was also developed at the same time. LAN and WLAN structures as well as the use of mobile data via public networks are among his specialties. The development of various mobile platforms based on WLAN and mobile data usage is one of his most successful systems which have led to enormous cost savings.

The creation and correct use of APIS Data Processing, NoFly/Selectee USA flights, Mobile DOC Check and Passenger Check In are further successful products. As well as the projects Electronic Queuing System Ticketing Lufthansa Viaguide, Electronic Queuing System Check In Lufthansa Qmetrix, CameraOPS controlling Airplane positions Video Stream, development and equipment of a VIP Terminal with hard- and software are his as well as the linking of different LAN systems.

The use of BAG Explorer and Airplane Fuel complete the field of activity. The deep knowledge of airline / airport areas such as HCC, IOCC, IGCC, ACARS and Aviation Barcodes are part of it as well as Altea CM/PM/OPR and other systems used in the aviation sector. A new development is the use of Augmented Reality e.g. for short connex container and Future of Industry 4.0. 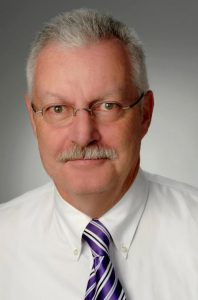 Jens Buczylowski has been working in leading positions at airline- and airport operators and consultancies and can look back on more than 40 years of international airport experience.

Having led or participated in many airline/airport consulting projects worldwide, he specializes in Ground Operation planning, security and operations processes as well as the passenger experience.

Before joining aviationIT-FZ, Jens collected experience in the field of Aircraft Ground Operation in many positions at Lufthansa. . Among other things, the co-development of a so-called “OPS Mobil” belongs to this.

The “OPS mobile” is a vehicle-based office, with which the development of all Ground-handling processes on the apron can be realized. By acquiring these vehicles, an economic dispatch has become possible.

Other special tasks existed in various consulting projects in India, Middle East (SHJ, DOH and RUH) and Europe, including VIP and VVIP airlines.

The last activity was with Etihad Airways in Abu Dhabi as a Technical Advisor, Airport Resource Planning & Management with focus for the New Midfield Terminal.

This experience makes it especially easy for Jens to move into the field of AviationIT, as both fields complement each other wonderfully. 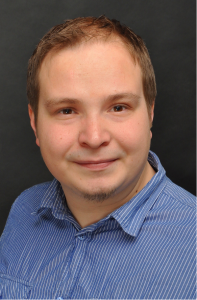 David Migas has been working as a software consultant and developer. His main focus is building reliable client server infrastructures such as web based applications and services. He specializes in building applications with PHP/Laravel on the back-end and JavaScript/Angular on the front-end.

As a former employee at Lufthansa Systems, he is experienced in aviation based IT Projects where he supported and accompanied different systems and helped realizing nonstandard IT solutions.

Through the years David participated in different projects in a lot of industry sectors: Building full Realtime applications for the measurement industry, creating and consuming different webservices for marketing analysis or advising to prevent security risks in web applications in the public service are just a short insight of some of these projects.

Recently he realized the development of an IoT system to connect an application based interface with an autonomous leak test solution system. By defining an interface to let both systems communicate to each other and by implementing detailed analysis charts for better researches, the system now can be used remotely and the results can be seen more precisely.

With his far reaching experiences especially in designing high available IT Systems, David joined the team of AviationIT-FZ where he is looking forward to realize innovative systems, combined with modern features of IoT and big data.

This website uses cookies to improve your experience while you navigate through the website. Out of these cookies, the cookies that are categorized as necessary are stored on your browser as they are essential for the working of basic functionalities of the website. We also use third-party cookies that help us analyze and understand how you use this website. These cookies will be stored in your browser only with your consent. You also have the option to opt-out of these cookies. But opting out of some of these cookies may have an effect on your browsing experience.
Necessary immer aktiv
Necessary cookies are absolutely essential for the website to function properly. This category only includes cookies that ensures basic functionalities and security features of the website. These cookies do not store any personal information.
Non-necessary
Any cookies that may not be particularly necessary for the website to function and is used specifically to collect user personal data via analytics, ads, other embedded contents are termed as non-necessary cookies. It is mandatory to procure user consent prior to running these cookies on your website.
SPEICHERN & AKZEPTIEREN